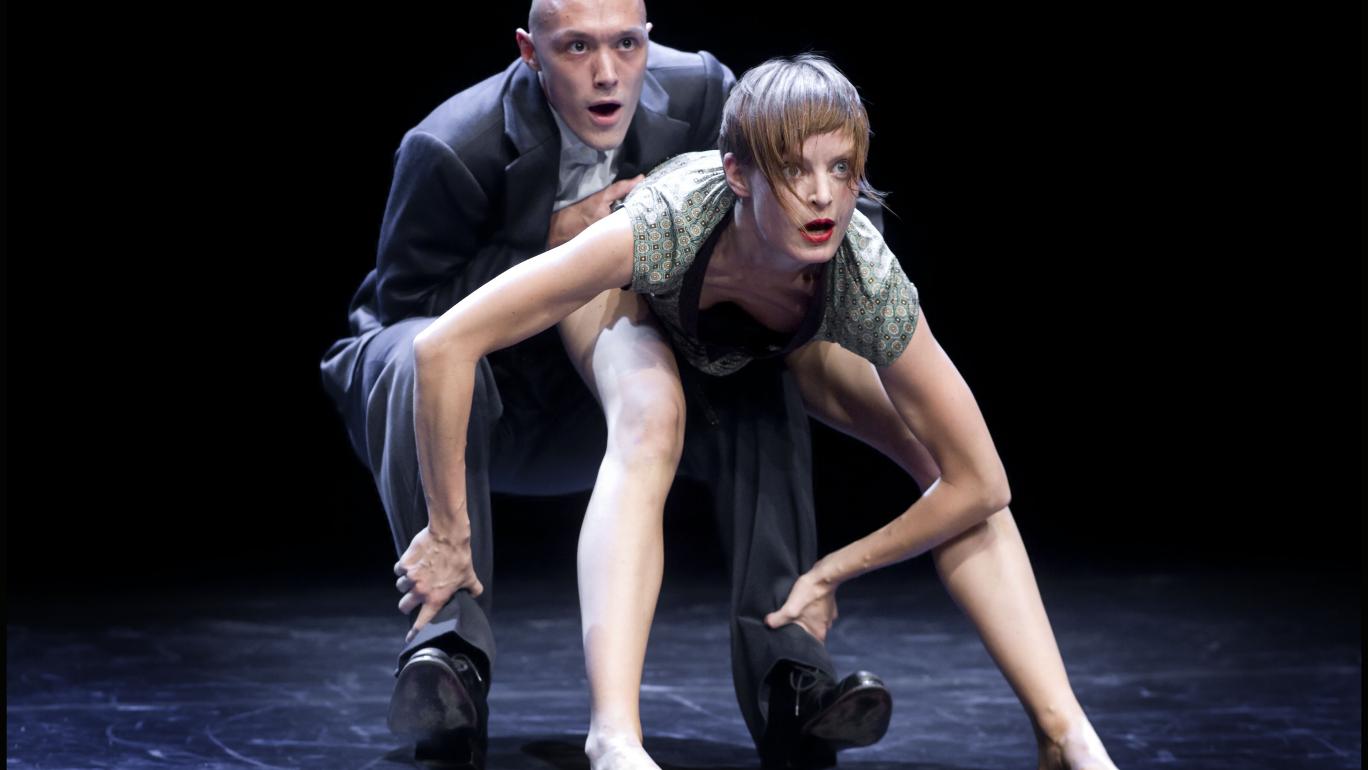 The title 'Tous les jours, a tous points de vue, on va de mieux en mieux' ("Every day, in every way, we are getting better and better") refers to a quotation from French chemist Émile Coué who developed autosuggestion as psychotherapy. When a person speaks to his inner self at set times every day, it actually encourages his inner being to become truly stronger and healthier, both physically and mentally.

'Tous les jours, a tous points de vue, on va de mieux en mieux' is an attempt by choreographer Hans Tuerlings to capture something that is elusive; as fleeting as the dance itself. Moments when everything falls into place, a fraction of a second when unexpected connections suddenly reveal themselves in their full glory.

In this piece, as in his other works, Hans Tuerlings strives for an unforced theatrical approach in which dance becomes the vehicle of understanding and comprehension of the everyday, complicated reality. The various scenes, shaped as loose sketches rather than a single storyline, are steered by the writings of emperor and philosopher Marcus Aurelius, freely interpreted and told by the dancers themselves. Lessons on living, because "if you can live, you can live well".

His desire for clarity and transparency means that he also demands every movement to exude the utmost truthfulness, the power of simplicity and an absolute naturalness. He believes that this is brought into being when you awaken that which is slumbering, reinforce what is already awake and refrain from forcing anybody into unnatural antics. To achieve his goal, Tuerlings not only draws from the technical skills of the dancers, but also appeals to their strong theatrical presence and their willingness to be themselves. This is a salient point in the conception of a performance where the personal serves to highlight the universal.

TOUS LES JOURS, A TOUS POINTS DE VUE, ON VA DE MIEUX EN MIEUX is a poignant reflection of life in all its facets. The ultimate aim is for such a spotlighted moment of pure observation, when everything falls into place, to register with the spectator.