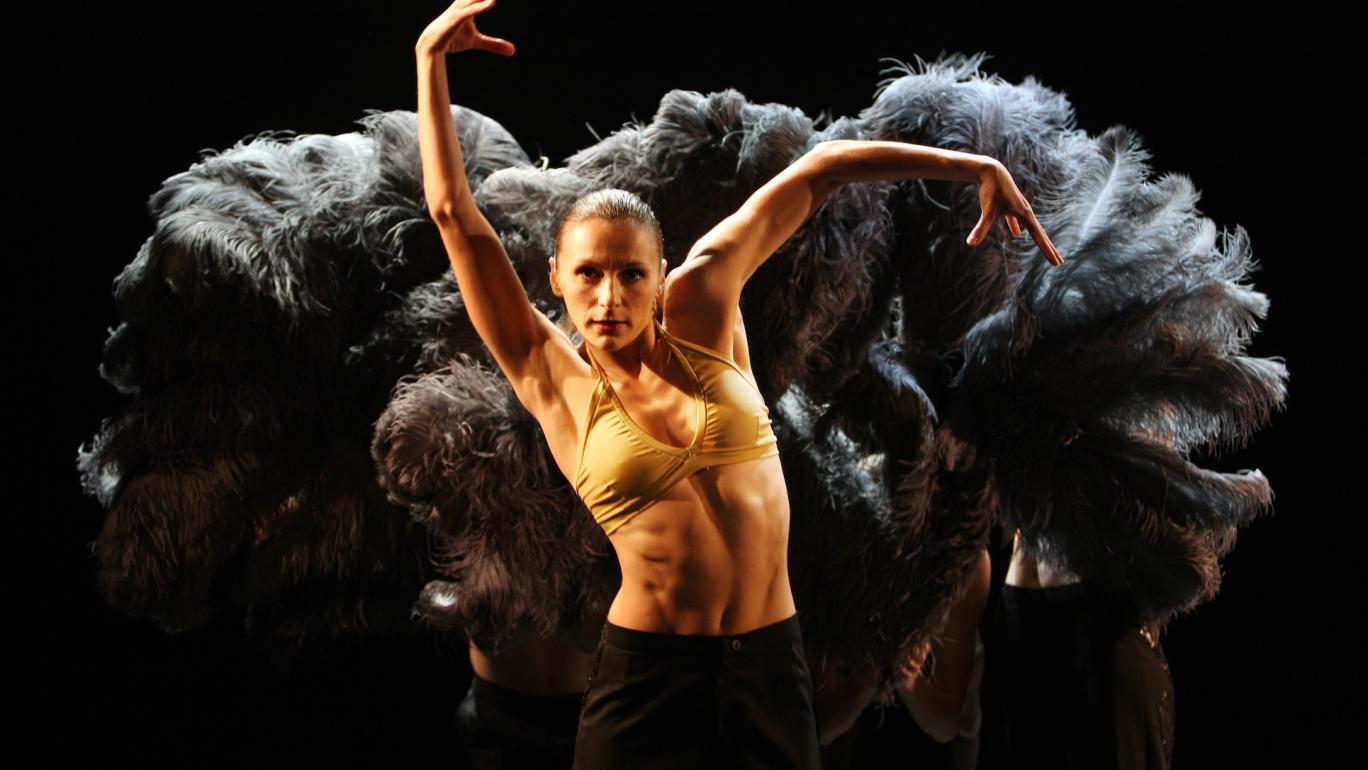 ‘What is your last step before vanishing into the dark?' Marco Goecke asks a dancer during a rehearsal for his new piece ‘Supernova'. In this choreography for three female and four male dancers, he wants to see the emergence, materialisation and disappearance of movement and light in the microcosm of the stage.

Supernova is when a star bursts into a brilliant explosion of light at the end of its life cycle, destroying itself.

The boundary between what the existence of thing and its disappearance has intrigued the choreographer for a long time. He develops the lighting for his pieces with designer Udo Haberland, which has almost become a trademark of Goecke's oeuvre. In previous creations, he also used light as a metaphor for the no-man's land between seeing and not seeing, existing and disappearing, which ‘Supernova' takes to an extreme, with super-slow fadeouts. Goecke is never satisfied with what is already there. He seeks the invisible, the dark side of the moon, the extreme. This not only resounds throughout the titles of early pieces (‘Alles' or ‘Nichts') but is most resolutely present in his language of movement.

Goecke is always on the lookout for the new, to make the impossible possible. He cites Einstein, who said that the only positive aspect of time is that nothing happens simultaneously. Goecke seizes this as an opportunity to defy the laws of nature: "In this scene, everything has to happen at the same time. Do it a thousand times quicker so that there's almost nothing because it's moving so fast", he says to Leslie Humbert who, with incredible precision, performs her already incredibly fast solo a tad quicker. Perfectly used to Goecke's way of working, the Scapino dancers are receptive to every challenge. In ‘Supernova' the choreographer who often has his dancers perform with their backs to the audience, experiments with even more unorthodox images. In his last piece for Les Ballets de Monte Carlo, he created a solo in which the dancer flipped 180 degrees on the floor.

In ‘Supernova' he carries this idea further - multiple dancers execute a pas de deux from two different perspectives. As always, movement is paramount, the setting minimal, limited to elementary props: salt, light and fire. The dancer Besim Hoti holds aloft a burning match that slowly burns itself out. "Beautiful, that particle of life", says Goecke, as he gazes in concentration at the last smouldering glimmer of this tiny, dying star. Until, finally, all is darkness.