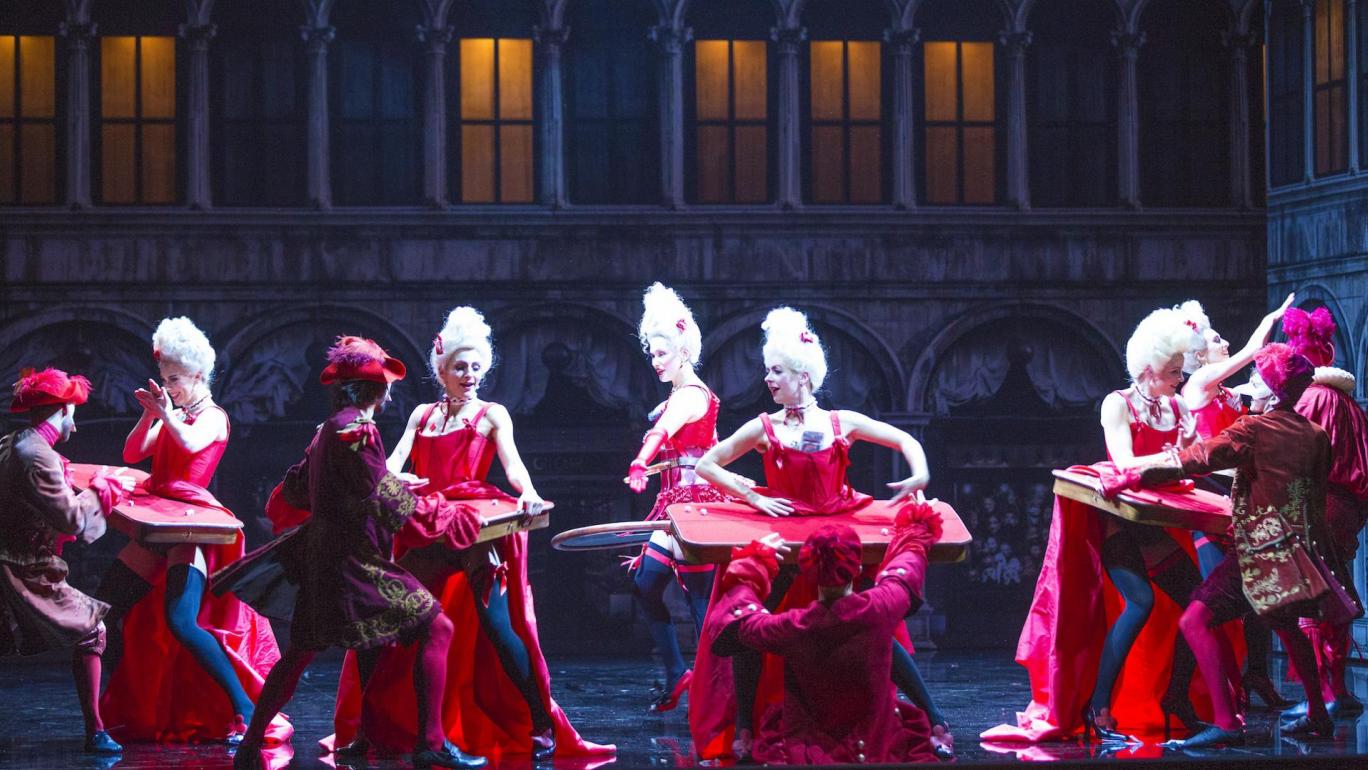 OPÉRA-BALLET by André Campra with a libretto by Antoine Danchet. Premiered at the Académie royale de Musique on 17 June 1710. With a prologue and 3 entrées: Le Bal, Les Sérénadesand L'Opéra.

When the noble and pompous Paris Opera decided to renew itself in the Age of Enlightenment, it adopted comedy. Comedy, that is to say intrigue, chivalry, the diversity of tone and the modernity of language: all that which made a work livelier for its contemporaries.

Dance, which had always been part of French operas, rose to prominence. Opéra-ballet emerged, magnificent and pleasing to the eye, and won audiences with its succession of entrées: autonomous and indefinitely combinable plots.

The dazzling and lasting success of Les Fêtes vénitiennes was instrumental in the advent of this new form of entertainment. André Campra, who prevailed over French music since Lully’s death, displayed all his art in these gallant and witty intrigues against a background of unbridled carnival. William Christie and Robert Carsen are reunited after their 2014 Platée so as to revive the splendor of opéra-ballet.