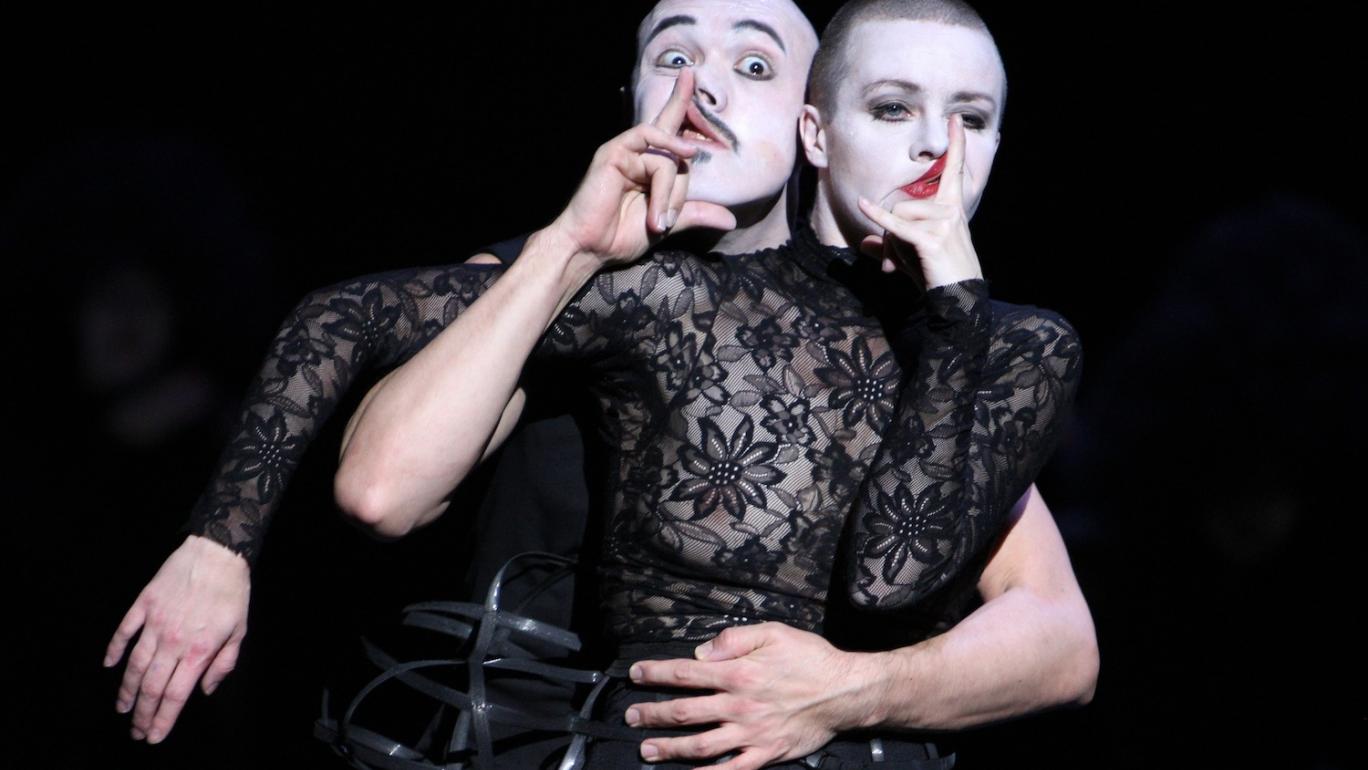 During the Fin de Siècle, theatre café Le Chat Noir was a popular venue for variety, cabaret and musical performers in Paris and a favourite haunt of artsy bohemians. At the turn of the century, the artistic quarter of Montmartre was celebrated as the cultural heart of Paris where artists shared inspiration and chansonniers sang melancholy odes to life and death. This passion and free-thinking bohemianism and the rich tradition of French musical repertoire, inspired artistic leader Ed Wubbe to create ‘Le Chat Noir', a dance piece named after the famous cafe. Wubbe combines the musical poetry of chansons by Édith Piaf, Jacques Brel and others, with the operatic music of Jacques Offenbach.

In 2009, choreographer in residence Marco Goecke created Supernova, one of his most outstanding choreographies for Scapino set to the music of French jazz composer Pierre Louis Garcia-Leccia. In Supernova, Goecke's unbridled originality finds an ideal partner in the freedom of jazz. On the microcosm of the stage, Goecke offers an ingenious interplay of movement and light, which is only outshone by the eloquence with which he reveals his innermost psyche. In his typical style of rapid movement, shadow-filled world and innumerable subtle finds, Goecke's creativity reaches a zenith in Supernova.