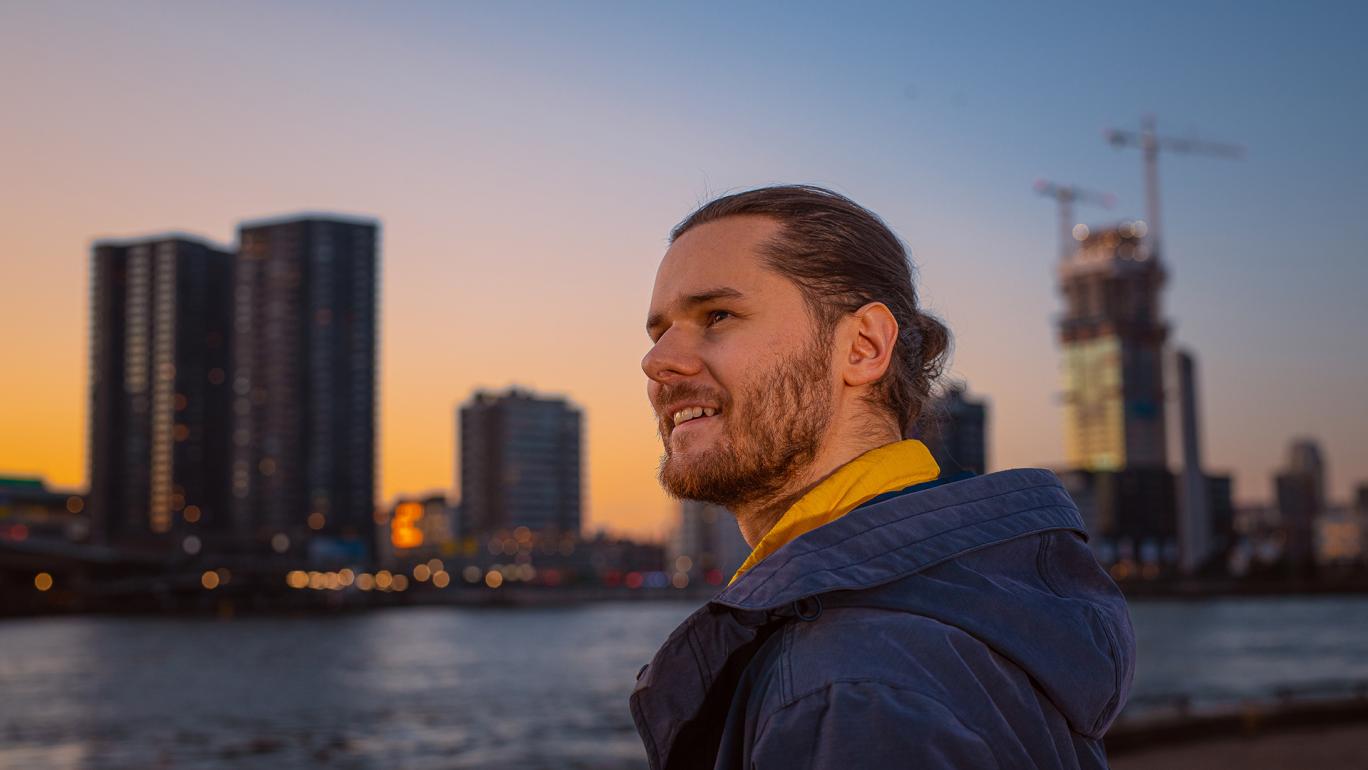 As a brand new student of Codarts Rotterdam, Filip Wagrodzki, 23 at the time, was going to see a Scapino performance. Only, just before curtain-up, he was not at Theater Rotterdam, but at the company's offices and studios in the Eendrachtsstraat.

"I had already seen the theatre, but in Poland only the national opera or ballet company performs in such a large theatre. You don't expect to see contemporary dance there." It shows, he says, how new and overwhelming everything in the Netherlands was for him. "I was just amazed by my fellow students. Never before had I seen so many wonderful and passionate dancers together. And then there was the contemporary dance field. I knew the big names from the internet - Jiří Kylián, Alvin Ailey, Wayne McGregor - but it was only in the Netherlands that I discovered that modern dance can be anything, from the most experimental movement to even dance without movement."

After years of mainly playing football, Filip started dancing ballroom and Latin at the age of eight. For seven years he fanatically danced quickstep, tango, waltz and rumba, until the competitive element and the pressure to perform started to wear on him. He gave up dancing, but two years later discovered a 'great place' in Warsaw - Beata Urbańska's Flex Dance Theater - where, purely as a hobby, he took his first modern dance classes.

Not long after, he chooses to study at the Technical University, but in his last year of studies, in between writing his thesis, he auditions at Codarts and ArtEZ in Arnhem and is accepted at both. "I simply did not want to regret for the rest of my life that I did not take the gamble 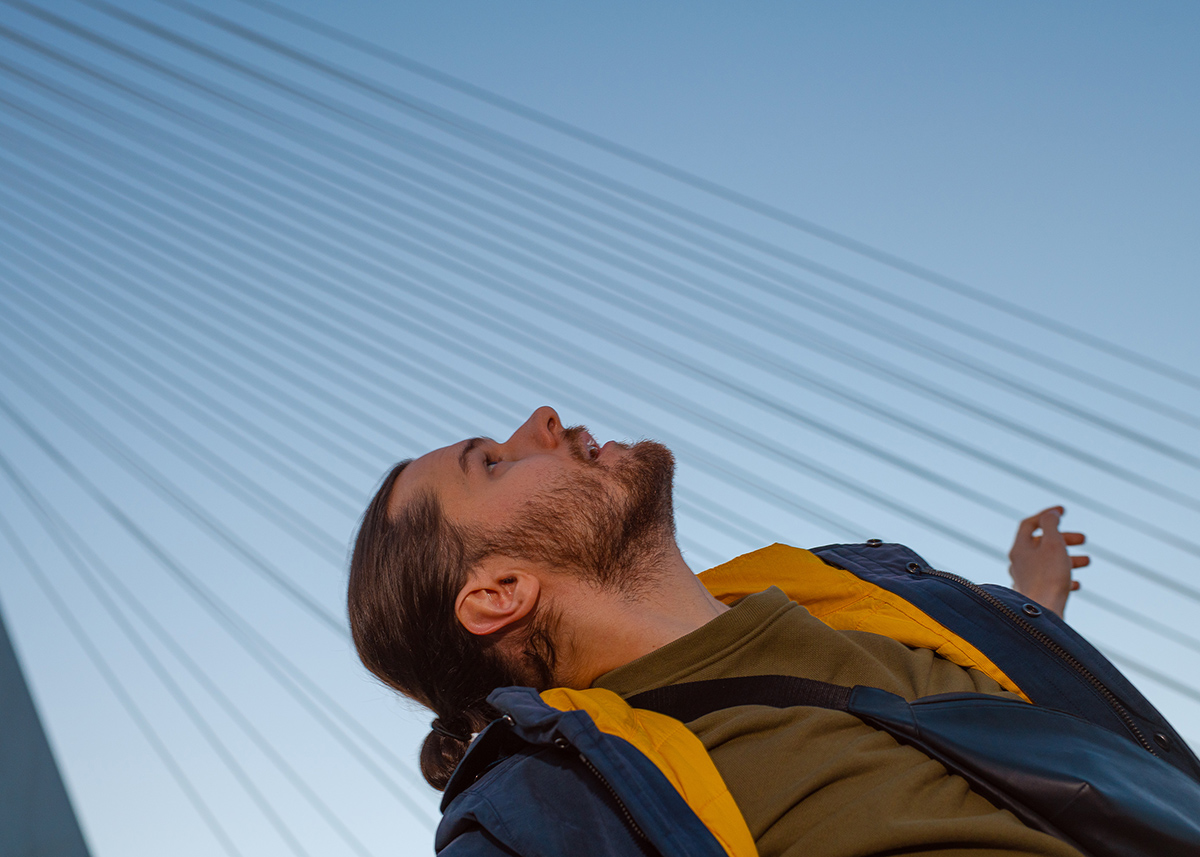 I feel like a happy child in the playground.

Initially he saw his late start as a big disadvantage, but now he thinks differently. "I still feel like a happy child in the playground at Scapino. If I had had ballet lessons from an early age, it might have been different, but now it still feels like I'm at the beginning of a wonderful journey."

Among his best experiences, he counts his first performance with Scapino, when he was unexpectedly allowed to fill in for Ed Wubbes TING! in the Rotterdam Ferrodome. "I had never performed in front of so many people before, it was amazing to have all those eyes on you." Marcos Moraus Pablo and Cathedral also have a special place in his heart. "Marcos is demanding, so working with him was tough, but the result was enchanting. His quality of movement is so different, so refreshing. In addition, he gives you a lot of confidence, and that is important for me. It helps me to be less shy, to give myself from head to toe."

Born
1991, Warsaw, Poland
Education
Codarts Rotterdam
At Scapino since
2016
To be seen in 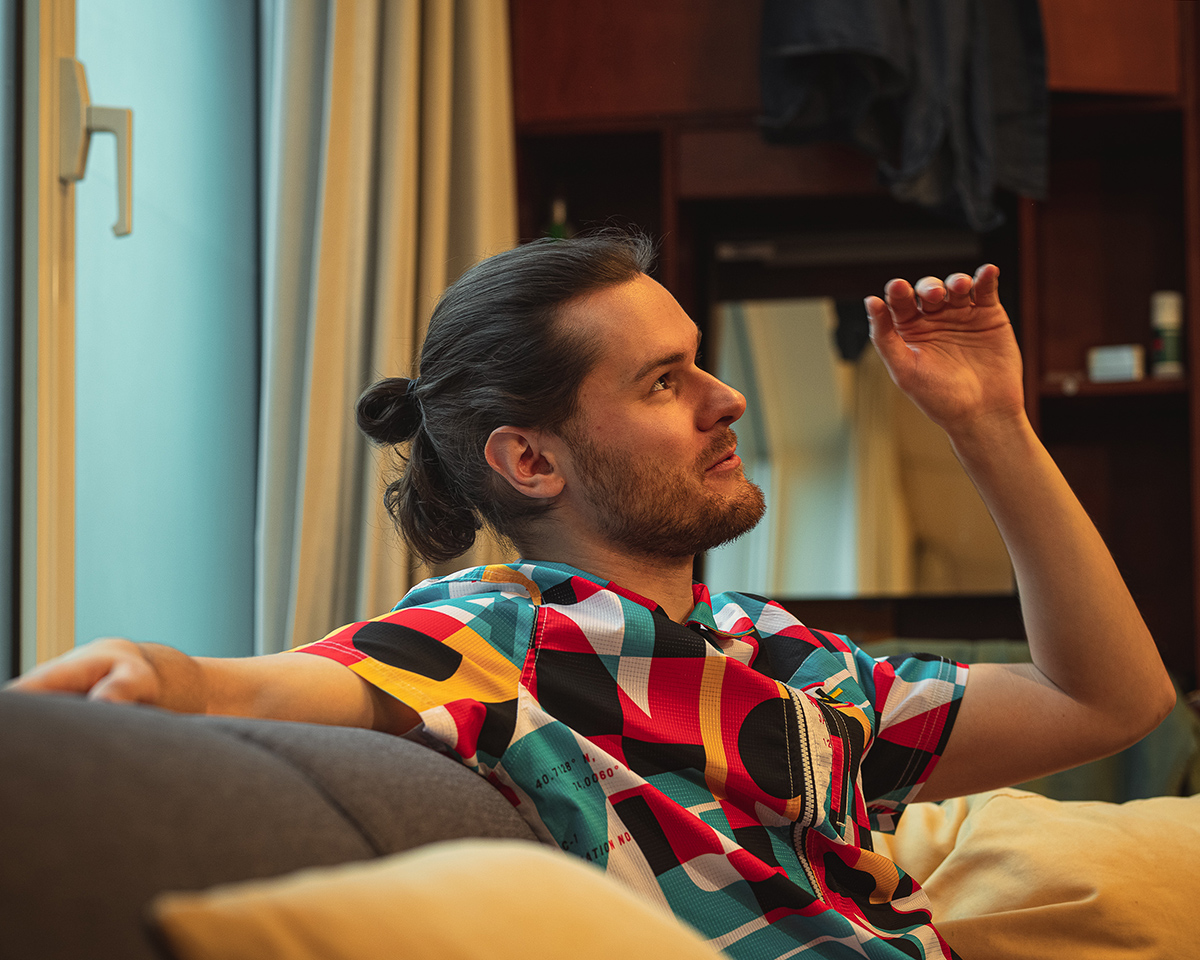 I try not to get too carried away by my thoughts. Not to look for problems that aren't there.

As close as his bond with Rotterdam has become, Feijenoord has yet to take the place of Real Madrid. "My first football poster was of Raúl González Blanco, and I've been loyal to the Spanish club ever since." Since the coronal shockdown, however, he has added a new hobby: darts. Laughing: "I can lose myself for hours in making the same move."

His ambitions? To remain as happy and enthusiastic as he is now for a long time, at Scapino, in Rotterdam and with his girlfriend Kamila. "Sitting on the sofa together, with her head on my lap, little things like that are pure happiness for me."